Warning: A non-numeric value encountered in /home/customer/www/moreno-lab.org/public_html/wp-content/themes/Divi/functions.php on line 5841

To uncover the mechanisms of cell competition, the Cell Fitness group studies its role in processes such as aging, development, tissue regeneration and cancer. Work from the team has provided significant insight into these mechanisms, including the identification of “fitness fingerprints”, a molecular code used by cells to exhibit their fitness level. The team has demonstrated how those fitness fingerprints are exhibited by less-fit cells and can be used to mediate cell selection by allowing neighbouring cells to recognise and eliminate these cells. The team has shown that this process happens during ageing, regeneration and cancer. Specifically, they found that fitness-based cell selection could be manipulated to delay ageing and tissue fitness decay as well as to prevent the expansion of cancer cells which often exhibit themselves as “super-fit” cells, leading the normal healthy cells around them to be eliminated using this same mechanism of cell competition. In 2016, the team has discovered a new type of competition named “mechanical competition” in which high density of cells leads to compression of tissue and thereby to cell elimination. The team proposes that this process may be important for tumor expansion into healthy tissue and are currently in the process of testing this hypothesis.

to uncover the mechanisms of cell competition

Work in the lab is done in the fruit fly animal model, where advanced genetic techniques are applied to manipulate the functions of genes related to cell fitness, in combination with microscopy and live imaging used to track how different genetic manipulations influence cell competition. Specifically, the team studies epithelial tissue, which is known to give rise to 95% of cancer types, including breast, lung and skin cancer. They also study the role of fitness based cell selection among neurons during brain development, neurodegeneration and brain ageing. Finally they are currently studying the conservation of the process in human cells and in mouse models. 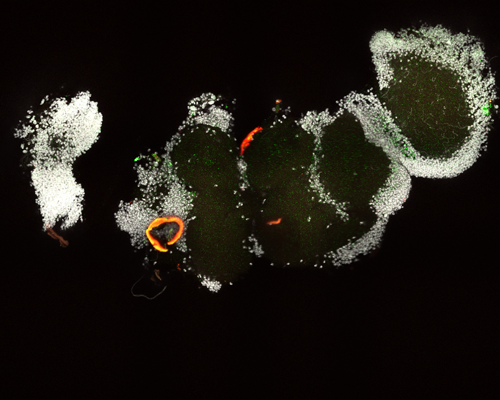 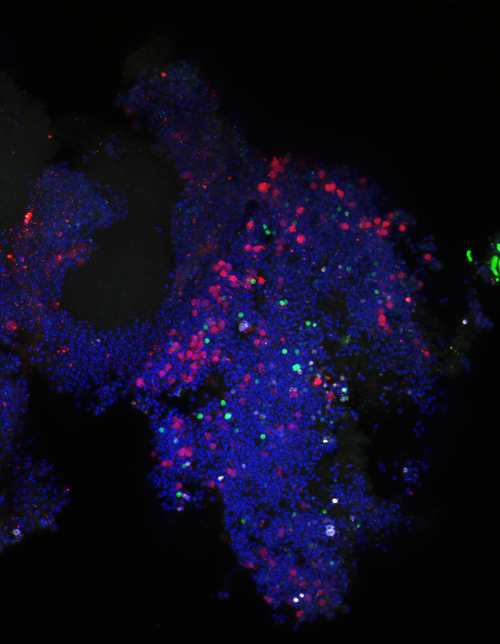